As “toy”, we mean an object used in play. The status of a toy can be discussed: this was one of the main aims of the exhibition. We can consider toys everything that we think it is possible to play with. Therefore, a toy is an object that is defined by its use. This last definition is quite similar to what Dino Formaggio said about art: “art is everything that men call art”. Through this exhibition, I wanted to estabilish a relation between art and game.

A game is the de-functionalization of a certain set of acts. Game is autoreferential: everything that happens within the game has no connection with external reality; nor have the rules of the game. It is an isolated space and time. Playing with a toy is an act that has got no external function: when a child plays with a spoon pretending it is an aeroplane, he is de-functionalizing the object.

Art shares some of the features of game. The art object is de-functionalized too (distinction between art and design lies upon this) and the art world is quite autoreferential as well. There are certain rules, and everything that gains the status of art has to be read in a different way. The same object, seen as an artwork, loses his function. Just like the toy. Duchamp’s ready-mades are defined as art by their contest. In other words we can say that they have been de-functionalized.

Can there be an “aesthethics of game”? And, conversely, can there be a “ludic function of art”?
Hence comes the idea that the real “aesthetic age” of human beings might be childhood. Childhood is a period of life when everything is immediately cathegorized as “beautiful” or “ugly”, while in the same time everything can be a game (reality is something possible to play with). Therefore, ludic and aesthetic function seem to be the same thing. Growing up means building limits: the aesthetic function during the adult age can be applied only to certain cathegories of things. Contemporary art criticism tends to give sense to everything: it is possible to notice a certain excess.

Sometimes it is necessary to leave some spaces open, as Jan Verwoert suggests in his introductory essay to Art Sheffield ‘08. Perhaps introducing “game features” in art can help opening necessary spaces for sense (and absence of sence). Maybe the aesthetics of the childhood, much more free than the adult one, is also more true and authentic?
Duchamp is a key figure to look at, when analizing the relations between art and game. He was the first to prove that art is a game: he changed the rules (the Fountain case) and then made people accept these new rules. Whether originally intended as a game or not, Duchamp’s rules became general, and now they are accepted as the rules of the art world. Duchamp’s game has been taken for serious, and it has become art. Not to forget that in the middle of his life he decided to stop making art, and he devoted himself to chess. A game, again. Was he looking for an aesthetics of the game? We can say that this move was his last provocation: devoting himself to an aesthetics of game (which is openly and frankly internal and autoreferential), maybe he was accusing the art world to be hypocritely only a game: closed, autoreferential, constrained by rules. 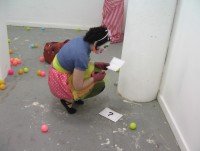 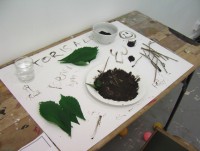 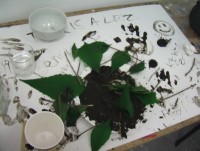 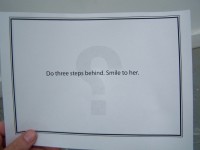 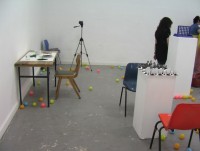